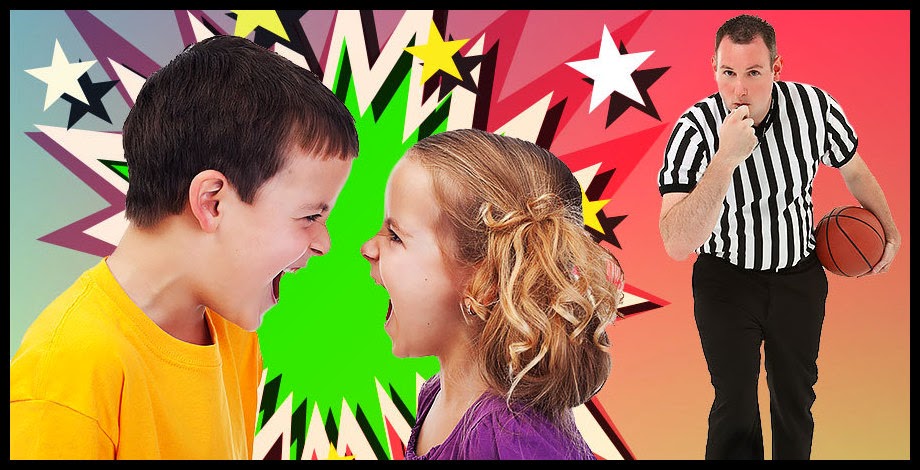 If you have more than one child, chances are you have some days when you feel more like a referee than a parent. I know I do - my twin boys are truly the best of friends, but they are still siblings! So, they fight, wrestle, and scream at each other several times every day. The latest major tussle? I got a text from my husband, who was home with the kids while I was at work, which said: "A gave F a bloody nose. He punched him in the nose for saying he was a good guy when A wanted him to be a bad guy." Preschool problems are no joke.

In any case, I have done a lot of research - for my own family as well as for the families I work with - on how to increase sibling harmony (and parental sanity). Hopefully some of these work for you!


Remember that fighting is a normal and necessary part of sibling relationships...and maybe get yourself a whistle!

Posted by Chrystal at 9:17 AM No comments: